The Refinery is Tara's projects in video and performance
therefineryvideo.blogspot.com

The Standard For Spring performance art and video
May 2012
thestandardforspring.blogspot.com

Video, Photographs, and a few words 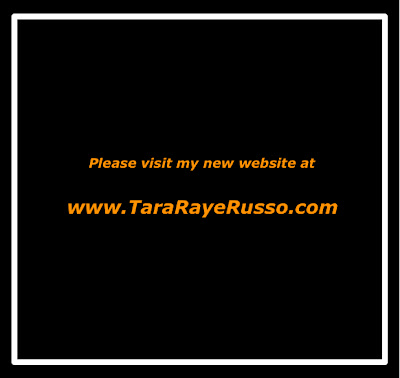 http://www.tararayerusso.com
All the 2012 artworks are on my new website, see you there!
Posted by Tara Raye Russo at 5:02 PM 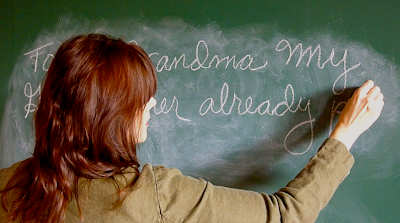 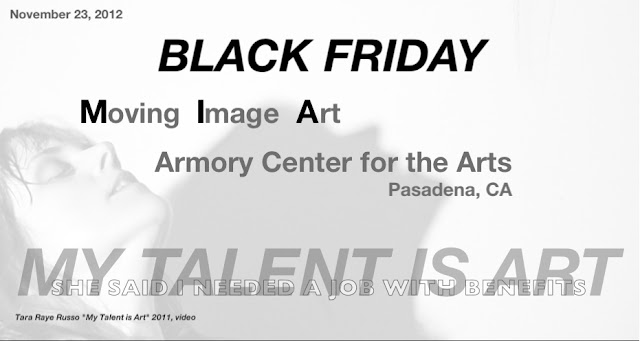 On November 23rd the MIA screening series will present a one-night exhibition, BLACK FRIDAY. Serious and sarcastic, earnest and hilarious, we're kicking off the holiday season with a selection of video art from around the world working out issues around food, family and tradition.
Salwa Aleryani & Sasha Zuwolinsky's Repast (2010) reflects on the nurishing role of culinary practices in relationships and collective identity. Pietà (2012) by JE Baker depicts rituals of birth, baptism and death through the image of a dead fawn bathed by a female figure. In Smorgasbord (After Per Lysne) (2012), David Beck animates the curling leaves of "rosemaling," a style of decoration traditional in rural Norway. Anna Bruinsma's Outlandish Pudding (2011) is a series of awkward, semi-erotic encounters with food at family dinners, followed by a very dirty ballet. Jeremy Eichenbaum provides an easy to follow users guide to making mashed po-video-taters in Mash it up (2012). Brazilian artist, Jose Armando de Miranda Filho's Autre-chienne (2012) is an irreverent satire of Marie Antoinette's "let them eat cake." In Balance With (2012) by Courtney Kessel documents the artist's performance with her seven-year-old daughter on a 16 foot seesaw, where Kessel adds representative items of their lives to her daughter's side of the seesaw until their weights are in balance. French artist Muriel Montini tells the story of an offhand comment her father made which has haunted her the rest of her life in Instants d'après/Future anterior (2007). In 108 Global Rice Bowls (2008) Chee Wang Ng investigates the global Chinese diaspora in a series of bowls of rice, one for each bead in a Buddhist rosary, a complete prayer cycle.
Timothy David Orme's Mouth (2012) is an erasure film with a poem read over the visuals where the artist has used a razor blade to scrape away the image in found footage. Lukrowane-Lukratywne/Sweet Deal (2012) by Polish artist Katarzyna Pagowska is a response to global mega-events like Euro 2012 (which was held this year in Poland) where ever more explicit manifestations of the rebirth of nationalistic movements are being seen. Tara Raye Russo's My Talent Is Art (2011) conjures early conversations with family members who at once discouraged and encouraged her budding interest in artmaking. Made entirely of photograms, where the ingredients of four dishes making up a symbolic menu were placed directly onto the filmstock, Austrian artist Viktoria Schmid's Foodfilms (2010) were made in the darkroom without using a camera of any kind. Collaged images and spoken texts create a cacophany of ideas and images articulating the intersection between nature and civilization in everything, BUT (2011) by Lili White.
The MIA(Moving Image Art) series began in June of 2012, founded by video artist Alanna Simone to promote the work of artists who use the moving image. Every 4th Friday the MIA series screens video art, experimental films, performance art, essay films and animation from local and international artists at the Armory Center for the Arts, 145 North Raymond Avenue, Pasadena, CA 91103.
Posted by Tara Raye Russo at 2:23 PM


ISEA2012is produced by
516 ARTS in partnership with
The Albuquerque Museum of Art & History and The University of New Mexico.